After our successful article on the Secret Sights of Athens, we decided to expand our research to the suburbs of Athens and try to discover places few of us know exist. Sometimes, although we are aware of their existence, we are unaware of their real significance. In this article we present (in chronological order) 6 unique places in the Athenian suburbs.

Mycenaean Τomb of Acharnes (Menidi) (Mυκηναϊκός Tάφος των Αχαρνών / Μενιδίου): The vaulted (tholos) tomb, located just 3 km from the center of the modern city of Menidi (on Philadelphias Street), is the most impressive and best preserved Mycenaean tomb in the region of Attica. It was excavated in 1879 by the German Archaeological Institute of Athens, just three years after the impressive discoveries of Henry Schliemann in Mycenae. The tomb is built on the slope of an artificial hill, it is underground and consists of three parts: a long downhill corridor 27 m long and 3 m wide, a narrower entrance and the main burial chamber. For the construction of the monument, the building materials were quarried in the area. The tomb belonged to the family of a local lord of the area.

Numerous objects of the Mycenaean period were found inside the tomb: clay and stone vessels, bronze weapons, ivory objects, seal stones made of semi-precious stones, jewelry made of gold, silver, copper, glass and faience. Among the most remarkable finds of the tomb are an ivory lyre and a toothed helmet. The lyre, the best preserved of the two found in the burial chamber, was eight-stringed or seven-stringed, decorated with embossed sphinxes at its base. This is a rare and valuable find for us today for the knowledge of music in antiquity. The most important finds of the tomb are exhibited today in the National Archaeological Museum in Athens.

Fragomonastiro (Φραγκομονάστηρο): Just a few hundred metres from the Monastery of Kaisariani on Mount Hymettus, is the Taxiarchon Hill with a magnificent view of the Saronic Gulf. The center of the hill is dominated by the Church of Agios Markos / Saint Mark (Εκκλησία Αγίου Μάρκου), also known as Fragomonastiro. This is the only one partially survived Byzantine basilica from the previous four that were built on the same site (the oldest one was built in the 5th or 6th century). The small Byzantine chapel was converted into a Latin church in honor of Saint Mark by the Venetians of Morosini after the occupation of Athens in 1687. The Venetians stayed only a few months in Athens before abandoning the church.

After their departure, the monks of the neighbouring οrthodox Monastery of Kaisariani disparagingly named it Frangomonastiro (which could be translated as Franciscan Monastery) and let it fall into disrepair. During the 17th or 18th century they built nearby the small cemetery chapel of Agios Nikolaos which survives in almost perfect condition to this day. Fragomonastiro and the Taxiarchon Hill are a pleasant surprise for those who walk in the forest of Kaisariani, because they encounter one of the few evidences of the occupation of Athens by Morozini and his troops.

Doukissis Plakentias Bridge (Γέφυρα ή Γεφυράκι Δουκίσσης Πλακεντίας): The marble five-arched bridge over the stream of Chalandri, between Vrilissia and Melissia (at Doukissis Plakentias Street), hidden under heavy vegetation has lost its former glory. Today there is nothing to betray the antiquity, the splendor and the excellent quality of the construction of the oldest surviving bridge in the greater Athens area. The bridge was constructed in 1836 with funding from Sophie de Marbois-Lebrun, the famous Duchess of Plaisance (Plakentia in Greek) and with designs by engineer Alexandros Georgantas.

The bridge was built probably to make the way to the duchess’s tower on Mount Penteli faster and easier. But at the same time, it facilitated the transport of marble from the quarry of Penteli to the city center for the construction of King Otto’s palaces. The bridge today has a length of about 39,50 m, with a useful width of 3,30 m and a total height of 10,40 m from the deepest point of the stream. The marble parapets on both sides have been removed to make easier the passage of cars. Although the inhabitants of the neighbourhood cross the bridge everyday, only a few of them really know the story and the significance of this glorious bridge.

Agios Loukas and Little Bavaria (Άγιος Λουκάς και η Μικρή Βαυαρία): When King Otto came to Greece, he brought with him from Bavaria 33 people (courtiers and mercenaries), to whom he granted a house and 40 acres in the area of present-day Heraklion, which was then named Arakli (Αράκλι). The area was chosen by Otto himself for its exceptional climate in order to build here his country house. Thus, in 1837, Otto founded the Bavarian Military Colony of Heraklion. The catholic church of Agios Lοukas / Saint Luke began construction in 1842, with funding from Otto’s father, King Louis I of Bavaria. The works were completed in 1845 when it became the second catholic church that operated in Attica (the first was built in Piraeus in 1839 by immigrants from Syros Island). The Bavarians became fully integrated into Athenian society, giving their children ancient Greek names and Hellenising their surnames.

Nevertheless, the area was given the nickname German Village (Γερμανοχώρι) by the inhabitants of the surrounding areas. Among the first inhabitants was Ioannis Karolos Fix (Φιξ), who was none other than the “baron” of Greek beer – here he built his first small brewery (1858) before transferring it first to Kolonaki and in 1893 to its landmark building on Syggrou Avenue. Today what remains from Little Bavaria (around Mandilara Square) is Agios Loukas, in whose courtyard the visitor could see the only surviving bust of King Otto. Also opposite the church is the ruined building of the first brewery of Fix, while behind the church there is a catholic cemetery and an area of 27 acres, which was the residence of Fix, and today is claimed by the Municipality of Heraklion. Pleasant detail is the monument of the fallen (heroon) in the Greek national wars located in the opposite square, where you can see written the names of Bavarians such as Wagger, Miller and Pitlinger (Βάγγερ, Μύλλερ και Πιτλίγγερ).

Ippios Kolonos Hill (Λόφος Ιππίου Κολωνού): Ancient Kolonos (which means hill in Greek) was located north of the center of Ancient Athens and extended to the plain of Kifissos. It was named “Ippios” from the temple of the Ippios (Equine) Poseidon who was the patron saint of the area. It is speculated that Sophocles, the famous tragedian, was also born in Kolonos since he refers to the area in the tragedy of “Oedipus at Colonus”. A small marble plaque on a rock on the way to the top of the hill (located between Distomou, Ilektras, Ioanninon and Kapaneos Street), reminds the origin of the tragedian from the area. At the top of the hill, the visitor can see the fenced area with the burial monuments of two great philhellenes. The first belongs to the German poet Wilhelm Mueller who was buried here in 1840 at his request. It is a tombstone work of the famous architect Christian Hansen. The second is an impressive marble bath carrier that is the burial monument of the French archaeologist Charles Lenormant.

Lenormant, fluent in ancient Greek, made two large archaeological missions in Greece. During his third trip to Greece, he organized an archeological symposium of Plato’s Academy, but a few days later died. The sudden death of the philhellene Lenormant shocked the whole country. At the request of the Municipal Council in 1859, the Mayor of Athens, George Skoufos, addressed a letter to the son of the deceased, asking Lenormant’s heart to be buried in a special place at Plato’s Academy, at the top of Ippios Kolonos Hill. The original monument was designed by a French sculptor, erected in 1860, and was a marble bath carrier (aka hydroforos) that resembles the ancient Greek burial monuments. However, because the hill was then deserted, the monument was used as a shooting target. At the initiative of the Municipality of Athens, Michalis Tombros created a copy of the monument in 1936. Today the hill, which also houses an outdoor theater, is a green and quiet place for a pleasant walk near the city center.

Stone Houses of Charokopou (Τα Πέτρινα του Χαροκόπου) : The settlement of Κallithea (which later became an independent municipality) in Athens was the first attempt of the newly formed Greek State for an organized expansion of the city plan of Athens. The birth of Kallithea began on November 14, 1883, when a state Construction Company was founded and bought 910 acres in the area. For the new suburb of Kallithea, a road plan was adopted but the original plan was modified many times and was finally implemented only in a small part of it. Of the squares, only the current Cyprus square and the central square, today’s Davaki, remained in their original position. In 1909 the same company built in the area of Harokopou 50 identical two-storey stones houses of exceptional architecture, based on designs by the famous German architect Ernst Ziller. These houses were intended to attract buyers from the middle class.

Today, of the typical stone houses, only four survive on the small Riga Fereou Street (perpendicular to Harokopou Street) and they are inhabited to this day. The houses consist of two residential complexes with separate entrances and inner courtyards. Opposite of the two-storey stone houses, on the same street, there is another cluster of also identical two-storey houses but of later construction (1912-1930) and of different architectural style. All these houses on this small street are a pleasant surprise of good taste in a suburb of the city, where the subsequent urban development destroyed every aesthetic on the altar of fast expansion and development, turning Kallithea into an impersonal urban area.

All the above attractions are part of Athens’ history and its suburbs. Let’s see our city and its neighbourhoods with new eyes and discover more hidden secrets. We are waiting for your suggestions in order to discover more unknown corners of this unique city. 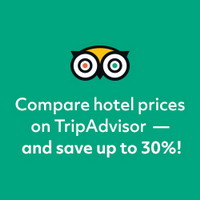 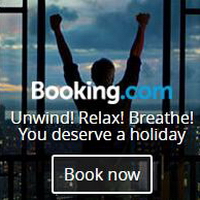